Delivering high-quality bentonite to your Farm, Ranch, Business or Property.

Sodium Bentonite is a natural sealant clay and one of the most effective, low-cost, and environmentally safe solutions for pond sealing.

Why is sodium bentonite a suitable method for treating your pond’s porous soils? Bentonite works by forming a layer at the pond’s bottom that acts similar to a rubber or plastic liner. Nonetheless, the powder sodium bentonite distributed at the pond’s area instead of plastic or rubber absorbs the water and expands when it fills with it.
When sodium bentonite fully expands, it effectively stops water from leaking from the pond into the earth beneath the pond.

We use the same principle to stop leaks in specific areas: we apply sodium bentonite to the affected area and create the seal only where it’s needed. Stock tanks, retention ponds, fish ponds, recreational ponds, golf course pond’s, farming and agricultural ponds, hunting ranch ponds, and many other types of ponds benefit from seeping or leaking by using our sodium bentonite pond sealant. It is safe for fish, cattle, livestock, and plants at the same time.

Sodium Bentonite is an absorbent clay consisting mostly of Montmorillonite that works exceptionally well as a pond liner but also has many other uses and applications. Lonestar Minerals has developed a special formula for each bentonite application. Our Special developed formula will ensure water retention on any soil conditions. Sodium Bentonite can be used on any water deposits, is completely natural harmless, and safe for water life, livestock and swimming.

We have  60 years of accumulated experience in the industry. We can assist you in repairing your pond’s water leaks using bentonite clay pond sealer. We provide the knowledge, workforce, resources, mineral materials, and equipment. 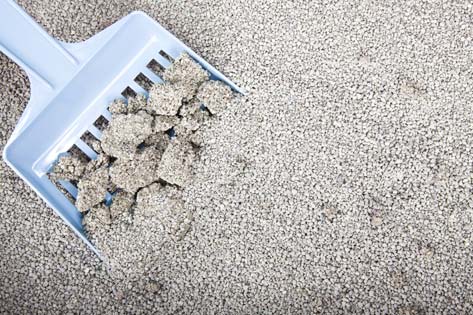 We are a valuable source for premium cat litter, odor-controlling, fast-clumping, dust-free, and easy-to-scoop cat litter bentonite that is also pet, earth, and people-friendly. 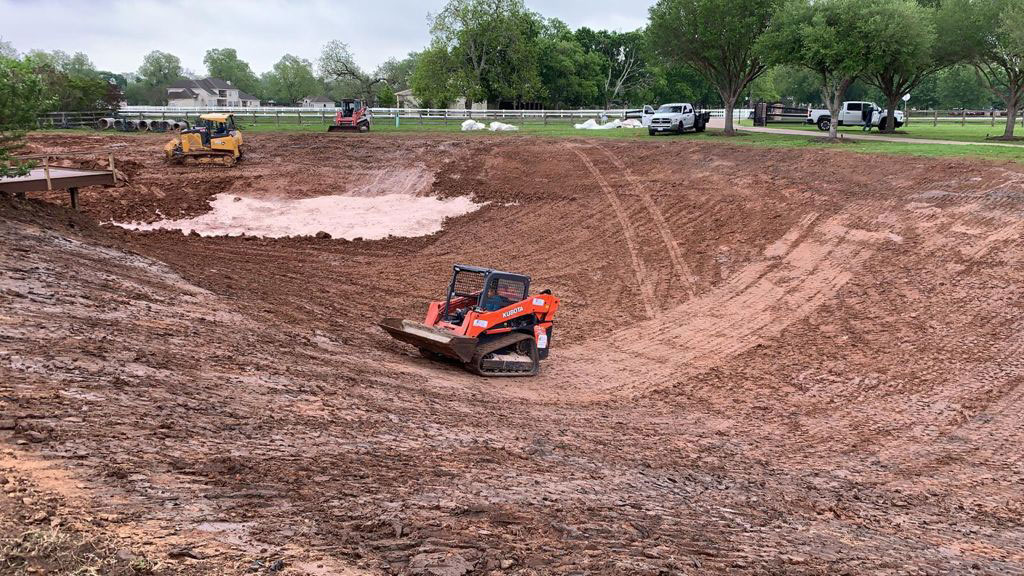 Professional services to design your new pond, bentonite clay liner application, building, and construction services. Use our products and services to get everything right from the beginning. 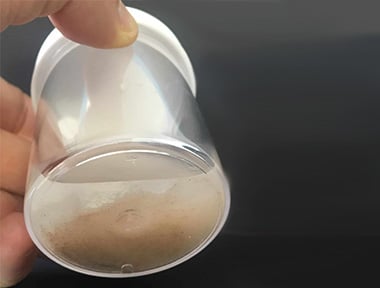 Our team of engineers develops custom formulations for the wastewater industry. Blends clay for water treatment plants. It will recommend the particle size for your particular process application. from powder, granular, or cluster dust-free form. 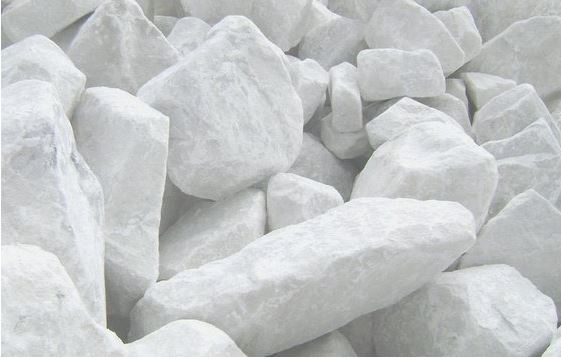 Our Clients are saying 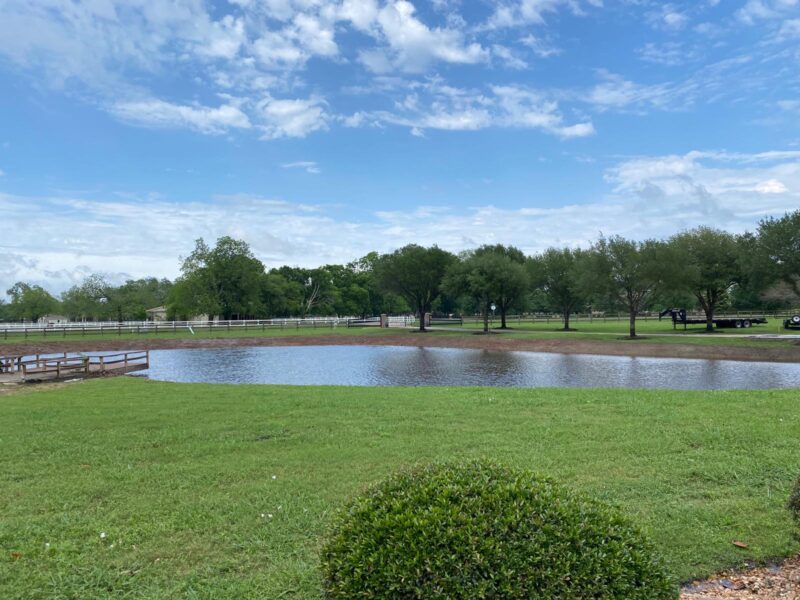 Save money, water and future headaches with our professional pond repair service

Sodium Bentonite is a great pond sealant, but the effectiveness of the seal depends on the quality of the mineral and the application.

Talk with our experts about your leaking pond and get a free estimate in the next 24 hrs.

Benefits of our Minerals and Services

High quality minerals that help you save money

60+ years of experience working with minerals

SODIUM BENTONITE CLAY FOR PONDS NEAR YOU

We ship nationwide, dispatching trucks for the southern states from our warehouses in Texas and the northern states directly from our Wyoming facilities. We can deliver to most Texans cities, like Dallas, Odessa, Amarillo, Galveston, Houston, among others, in one day. We also serve quick locations in Oklahoma, Nebraska, New Mexico, Utah, Colorado, Kansas, Idaho, Arkansas, Louisiana, Missouri, California, and Nevada.

Where to buy bentonite clay for ponds?

Buy bentonite clay for ponds with Lonestar Minerals, your Wholesale Bentonite Supplier. Nationwide delivery at a great price per ton, ISO-9001 certified processing plant, ensuring great quality bentonite. Special mix-mesh formula that helps you use less amount of bentonite per square foot. Contact Us to get a free quote.

How much sodium bentonite do I need to seal a pond?

As an interesting fact, this is one of the most complicated questions to answer for our clients. The amount depends on several factors, like the type of soil, the size of the pond, the depth, the quality of the sodium bentonite, the purpose of the pond and the wildlife around the area.
Below you will find a small reference table depending on the type of soil and based on a maximum 8 ft depth. If the pond is deeper, you’ll have to add more bentonite per square foot.
You can also visit our online Bentonite Calculator for a quick reference calculation.

Do you offer a pond repair service?

Yes! Besides offering bentonite clay for ponds we also provide a complete service to repair your pond. With our turnkey service, we supply the minerals, equipment, experience, and workforce to make sure your pond is fully repaired, from draining it to filling it again.
We also design and construct new ponds. If you have an idea in mind, get a quote with us.

How is the sodium bentonite pond liner delivered?

We offer bentonite pond sealant by the full truckload, less than a truckload, by the pallet, bag, or by the ton.
We offer our products delivered at any of our warehouses. (Inventory always available). Our main warehouse is in Laredo, TX. We have a secondary warehouse in Wyoming, where sodium bentonite is mined. We also have warehouses in Eagle Pass and Bulverde, TX (11 miles north of San Antonio, TX.)

Our headquarters office is in San Antonio, TX.

How to unload your order, equipment needed and weight of the bentonite?

Please consider that you’ll need equipment to unload 3,000 lbs super sacks or 2,500 lbs pallet from a flatbed truck. These super sacks have straps on top to grab with your tractor, excavator, front loader, bobcat, or forklift. and you can unload from the eighteen-wheeler flatbed truck.
Most of the time, the super sacks do not have wooden pallets underneath; if you require pallets, please call and request on your order (cost per pallet will be added to your order).
All our super sacks come with a very efficient discharge valve. The location of the discharge valve is underneath the super sack, for effortless pouring. To efficiently release the pond sealant, you must pick up the bag and untie the valve to start pouring the liner on top of your soil.

Both are absorbents, but the main difference is what they absorb and their applications.

Is Sodium Bentonite good for Dam and Pond Sealer?

Both are absorbents, but the main difference is what they absorb and their applications.

Yes, Sodium Bentonite is an excellent absorbent and sealer that can be used on ponds and dams to avoid seepage. Learn more about Bentonite Pond Sealer.

What is the Sodium bentonite Clay price per Ton?

The regular price for a Ton of Sodium Bentonite is around 280 USD but, the price drops when you buy 22 Tons or more. Get a Quote today, we offer great landed prices.

How to install Sodium Bentonite?

The installation method depends on your pond condition and it needs. There are two methods where bentonite works as pond liner(blanket method and mix blanket method) and one method as a pond sealer(sprinkle method).

For all methods, is important to know how many pounds per square foot you need to apply. Learn more about Bentonite application methods.

What is Sodium Bentonite and its History?

Volcanic ash deposited in lakes millions of years ago is Sodium Bentonite. Mineral soap was named by an American geologist who discovered expanding water clay in and around rocky formations near Fort Benton. It wasn’t until the 1920s that researchers invented the term “bentonite” to describe this clay.

Because of its colloidal qualities, sodium bentonite swells many times its dry size when wet, generating an emulsifier gelling sort of mud. Nature’s sealant, thanks to its fascinating characteristics. This property of sodium bentonite clay makes it ideal for filling both small and big voids or voids, making sodium bentonite an effective sealer.

Sodium bentonite pond sealer serves as a barrier between the water and the surface, preventing water seepage, which is necessary when building any water body, such as ponds, dams, wells, and lagoons.

Most state regulations in the United States require wastewater deposits and treatment plants to be sealed with a layer of sodium bentonite pond sealer to prevent toxic materials from seeping underground. It’s a 100 percent natural mineral with no chemical additives to prevent contaminants from leaking into the ground. That’s one of the reasons for bentonite’s excellent sealing characteristics.

Its ability to “clump” makes it the primary factor in cat litter. It also helps control the odor, making it ideal for kittens and their indoor needs. While cat litter does contain additional ingredients and some chemicals, these are generally added for your pet’s comfort and are completely safe. This “clumping” property is especially important in the foundry, where sodium bentonite holds the green sand mold together.

Sodium bentonite powder is also a component of drilling mud used on oil wells and tunnel construction. Drilling mud is crucial during excavation because it helps manage well pressure, displaces cut bits to prevent mud cakes from forming, reduces heat generated by friction during the drilling operation, seals the walls of the well, and lubricates the drill.

In the steel industry, sodium bentonite can be used to aid in the manufacture of steel pellets. As a sealant for underground tunnels or foundations in construction. In the construction of ponds, tanks, and artificial lakes as a liner. As a fertilizer and pesticide disperser in agriculture. The list continues on and on, with new uses for sodium bentonite being discovered all over the world.

This property of bentonite clay is favorable for filling small and large voids or spaces. Sodium bentonite pond sealer acts as a barrier between the water and the surface, preventing seepage of water, which is an essential requirement while constructing any water body, like ponds, dams, wells, and lagoons.