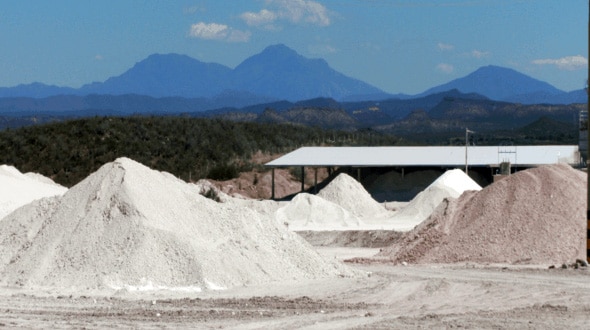 What is Sodium Bentonite?

What is Sodium Bentonite?

Sodium Bentonite is a mineral formed by water’s constant contact with rocks and volcanic ashes over thousands of years. Due to its composition, bentonite presents a specific water absorption property that makes it a versatile with a wide range of applications at home and in several different industries.
Bentonite is mostly composed of hydrous aluminum silicates (their formula being something like Al2H2O12Si4, which means there is a basic content of Aluminum, Hydrogen and Silica). It’s usually negatively charged. Therefore, it attracts cations, like Sodium, Calcium, Iron, and Magnesium.

The two most common cations that attracted are sodium and calcium, making sodium and calcium bentonite the two predominant bentonite types on the planet. Although they are similar, the different cation provides them with other properties. While they both have absorbent properties, the materials they absorb are not the same.

What is Sodium bentonite, and what are it’s uses?

Sodium Bentonite absorbs water, swelling up to 20 times its original size and creating a gel, modish kind of substance. This cool property makes it nature’s sealant. Soil with a high percentage of natural clay is very unlikely to leak water. Sodium bentonite is an efficient sealant.

Most state laws in the United States require wastewater lagoons and treatment plants to be covered with a layer of sodium bentonite pond sealer to prevent seepage of toxic materials underground. It is a 100% natural product, with no chemical additions, being used to avoid seepage of toxins to the ground is a massive statement of its sealant powers. 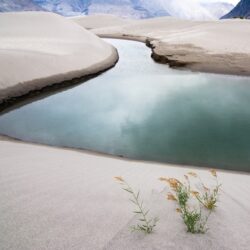 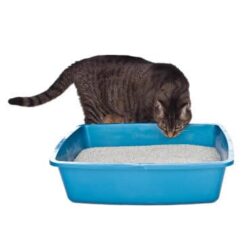 Sodium bentonite also has a “clumping” property. This ability to “clump” is what makes it the main ingredient in cat litter. As an addition, it helps control odor, which is great when it comes to kittens and their indoor needs. While cat litter contains other ingredients and some chemicals are added to it, they are mostly added for comfort and are harmless to your beloved pet. This “clumping” property is also useful in a foundry, where sodium bentonite is the product responsible for holding together the green sand mold.

Sodium bentonite is also a component often found in the drilling mud used during the excavation of oil wells and tunnels. Drilling mud plays an important role during excavation, helping control the pressure of the well, displacing the cut bits to prevent the formation of mud cakes, helps reduce the heat caused by friction during the drilling process, and lubricates the drill.

Sodium bentonite can also be used in the steel industry to aid the formation of steel pellets. In construction, as a sealer for underground cellars or basements. As a liner in the construction of ponds, tanks, and artificial lakes. In agriculture, as a disperser for fertilizers and pesticides. The list goes on and on, with research all over the world always finding new uses for sodium bentonite.

What is Calcium bentonite, and what are it’s uses?

Calcium Bentonite absorbs impurities and color bodies from fats and oils, basically acting as a cleansing agent. One of the first recorded applications in the industry of calcium bentonite is of a textile industry product called “fuller’s earth,” named like that because the “fullers” (the textile workers) added this material into a bath to wash raw wool, cleansing the impurities and stains in the material before processing it.

Due to its capacity to absorb impurities, it has been studied for animal consumption. Several studies indicate that it can help reduce digestive and kidney issues in farm animals and stock ever since it has been a common ingredient in processed food for stock and farm animals.

More so, since some benefits have been proven in animals, there have been some studies for human consumption, as in this Brief Review by Maryam Moosavi. 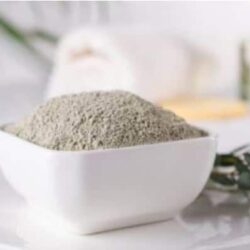 While it is not fully proven, theory indicates that the consumption of food-grade calcium bentonite clay is beneficial for many parts of the body because of its absorption capacity of toxins and impurities. There are several bloggers recording their use of calcium bentonite as a part of a detox diet.

Calcium bentonite is also widely used as an ingredient in facial cleansing masks, shampoos, toothpaste, and some soaps. The cleansing benefits of bentonite and it’s absolutely natural composition make it a great exfoliant for our skin and scalp.

Where to buy bentonite clay?

Depending on the application you’re looking for, is the type of supplier and packing size you will look for. 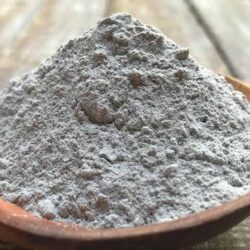 Small amounts (retail)
Food-grade calcium bentonite can be found online and at health products stores in small packages, probably around a pound or so, because you will need minimal amounts of the product every day.

For home-based applications or small production batches (like beauty products), where you will need small amounts of bentonite (under 50 lbs.), your best bet is to look online for a nearby location that can ship out small quantities of bentonite to your home or factory.

Big amounts (wholesale)
For “bigger-sized” applications, like foundry, sealing a farm pond or artificial lake, the production of cat litter, or fuller’s earth, your best bet is to look for a bentonite wholesaler.

Buying bulk bentonite will ensure you receive the best available pricing out there.

Although location is commonly a factor, deliveries are not an issue in the twenty-first century. If your process requires the constant purchase of bentonite, look for a bentonite supplier that is very clear about the packing options, has a record of its production processes, walks you through delivery and reception processes, and shares its expertise too find the best match for your application. Although the material is just bentonite, there are different presentations in terms of grain particle sizes and mixes. 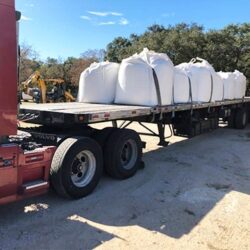